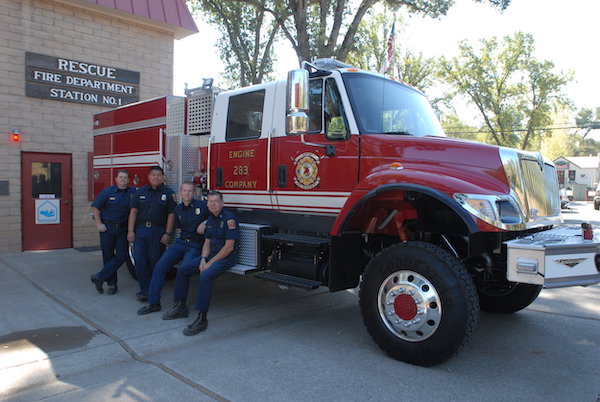 From left: Joel Warman, Chris Realin, Ryan Jeremica, and Chief Gary Patten pose next to their new fire engine at the Rescue Fire Department station 1. The engine was funded by a FEMA grant and awarded to the station in January. The new engine will replace the old urban interface engine used for structure and wild land fires. The 2007 Pierce Custom Contender engine should be in service within the next several months before December of this year. Democrat photo by Megan Jeremica