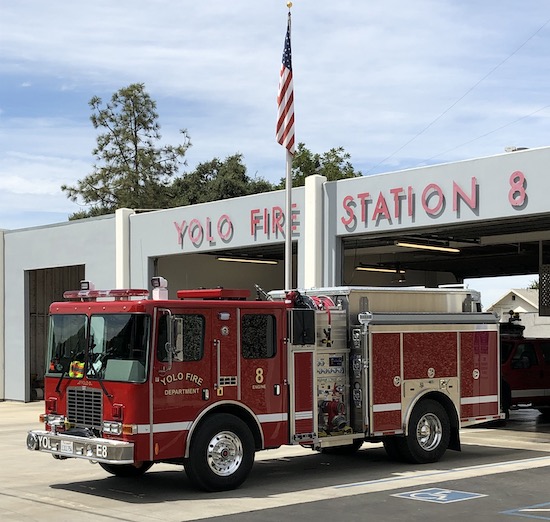 Service to the community runs in the family in the Yolo Fire Department. I spoke to Battalion Chief Manuel Tafoya this morning to congratulate him on the $5,000 grant they are being awarded. He told me his father started with the department in 1972 and just retired last year. His brother Dan is the Chief and his other brother Gabe is a Lieutenant. Not to be outdone, currently Captain Chuck Hermle who joined in 1979 has been joined by his daughter Stephanie to keep their family legacy going in Yolo. What wonderful legacies of service both families have contributed to the community.

The grant request was made to replace their current wildland fire gear. With the life span of about 10 years for both structural and wildland gear, both have become costly. With several sets of both going out of service each year they can no longer keep up. I am happy to help keep the Yolo volunteer firefighters safe.

(Oct. 31, 2020) The new PPE have arrived and Chief Tafoya sent photos and a note. “With Jennys Grant we were able to outfit four of our firefighters. Two with complete sets of Structure Turnouts and Two with complete sets of Wildland gear. We are so greatly appreciative four Jennys generosity and kindness. It is not very often that a celebrity takes the time to thank nor help public safety personnel with gifts like these.” 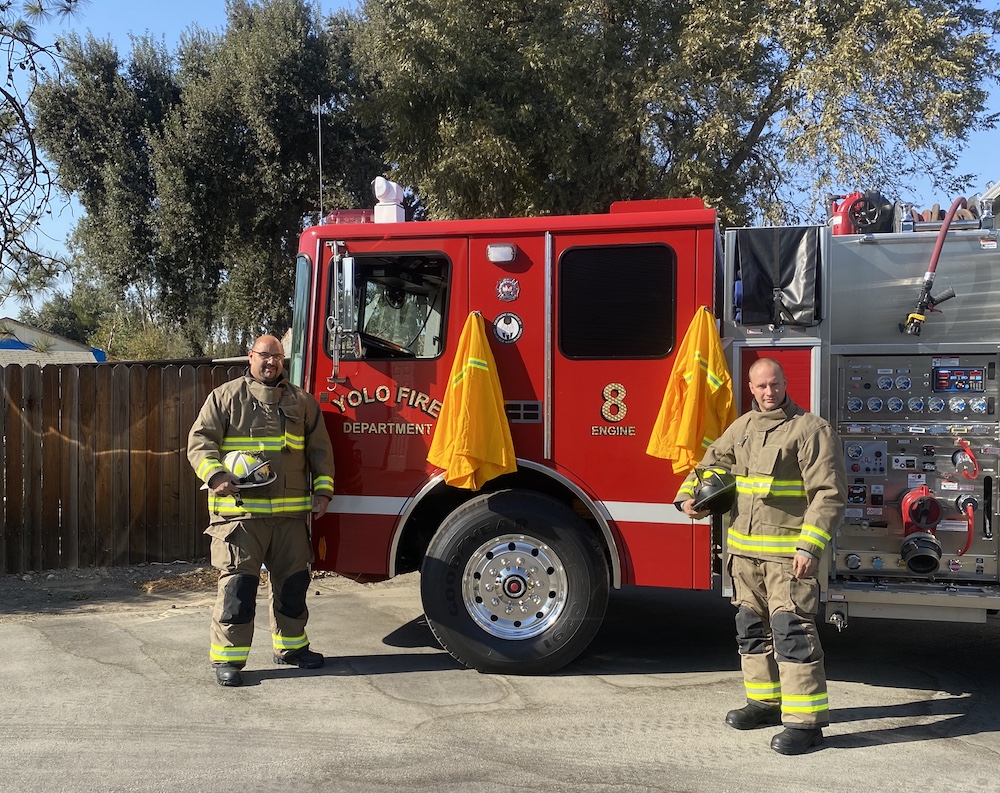